A decade ago, teacher Nathan Brookes saw four of his students walk up a hill and vanish. Only one returned – Olivia – starved, terrified, and with no memory of where she’d been. After a body is found in the same woodland where they disappeared, it is first believed to be one of the missing children, but is soon identified as a Bronze Age warrior, nothing more than an archaeological curiosity. Yet Nathan starts to have terrifying visions of the students. Then Olivia reappears, half-mad and willing to go to any lengths to return the corpse to the earth. For he is the only thing keeping a terrible evil at bay…

Welcome to the most disappointing book of 2021. Starting off with a super interesting blurb, a lot of potential, you get hit with underdeveloped characters and a plot which seems to go in every possible direction. I felt the novel should have been longer to allow room for the plot to develop at a more considered and natural pace. I felt nothing for either character, so when events unfolded I didn’t give much of a toss because I wasn’t invested in anyone. Again, I feel more time spent on giving the characters and their back stories more substance would have turned this into a much better story. Shame. Good ideas, but in my opinion, not fully realised.

First Quarter, Good, the rest of the story, Super Bad.

The first part is well-written, feels like a thriller with horror elements, then it takes a very weird turn into what can best be described as fantasy of the alternate-reality type. In the last chapter or two, though, we’re back from that fantasy world, for the final showdown as it were. 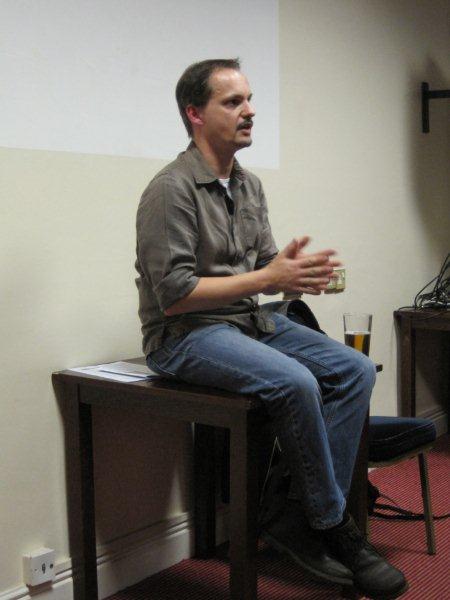 James Brogden is a writer of horror and dark fantasy. A part-time Australian who grew up in Tasmania and the Cumbrian Borders, he has since escaped to suburbia and now lives with his wife and two daughters in the Midlands, where he teaches English. When not writing or teaching he can usually be found up a hill, poking around stone circles and burial mounds. He also owns more lego than is strictly necessary.

His short stories have appeared in various anthologies and periodicals ranging from The Big Issue to the BFS Award-Winning Alchemy Press. His most recent novel, ‘The Hollow Tree’ was published by Titan Books in March 2018, and his new novel ‘The Plague Stones’ is due in 2019. Blogging occurs infrequently at jamesbrogden.blogspot.co.uk, and tweeting at @skippybe.