Six Stories is a short story collection by Stephen King, published in 1997. It is limited to 1100 copies, which are signed and numbered. Six Stories contains:

First published in Antaeus No. 75/76 The Final Issue in October 1994 and later in the limited edition, Six Stories, this story tells of a man who pretends to be blind and makes his living panhandling on the streets of New York. In the past, bribing the police has kept him from being arrested but he has finally met one who may not take money for an answer.

Edited for its inclusion in Hearts in Atlantis, the story is expanded to explain that Blind Willie was one of the boys who tormented Bobby Garfield and his friends Carol and “Sully” from “Low Men in Yellow Coats.”

The Man in the Black Suit: 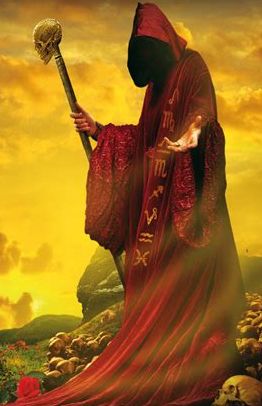 “The Man in the Black Suit” recounts the tale of Gary, a nine-year-old boy, whose brother has died, not long ago, due to a bee sting. One day, Gary goes out fishing and falls asleep. When he awakens, he’s startled to discover a bee sitting on the edge of his nose. Although Gary doesn’t share his brother’s allergy to them, he is still scared. Suddenly, he hears a clap and the bee is dead. Turning around, Gary discovers a man with burning eyes looming over him. Dressed in a black three-piece suit, the man has pale skin and claw-like fingers. When he grins, his mouth exposes horrible shark-like teeth. The man—whose body odor smells like burnt match heads—tells Gary terrible things: that his mother has died while he was away, that his father intends to molest him, that he (the man) intends to eat him. At first, Gary doesn’t believe him. However, he soon realizes that the man is actually the devil. Throwing a fish he caught at the man, he makes his escape. However, the man in the black suit swallows the fish whole and pursues Gary to the outskirts of the forest. When Gary thinks he lost him, he sees the man right behind him. Throwing his fishing rod at the man, Gary runs deeper into the forest. At home, Gary finds his father and makes up a lie about what happened while he went fishing. Gary believes the man’s claim until seeing his mother in the kitchen. Gary realizes that the things the man said were false. Even so, he’s haunted by the incident for the rest of his long life.

The story is narrated by Gary, looking back from his perspective as an elderly man. He is haunted by his belief that he escaped from the devil by sheer luck or his own wits. As the story draws to a close, we learn that he’s frightened by the thought of his approaching death and the possibility of a second encounter with the man in the black suit. Gary knows that he won’t be able to outwit him or outrun him in his old age.