I’ve read The Road by Cormac McCarthy and here are some of the best quotes.

In those first years the roads were peopled with refugees shrouded up in their clothing. Wearing masks and goggles, sitting in their rags by the side of the road like ruined aviators. Their barrows heaped with shoddy. Towing wagons or carts. Their eyes bright in their skulls. Creedless shells of men tottering down the causeways like migrants in a feverland. The frailty of everything revealed at last. Old and troubling issues resolved into nothingness and night. The last instance of a thing takes the class with it. Turns out the light and is gone. Look around you. Ever is a long time. But the boy knew what he knew. That ever is no time at all.

In the nights in their thousands to dream the dreams of a child’s imaginings, worlds rich or fearful such as might offer themselves but never the one to be. He pushed open the closet door half expecting to find his childhood things. Raw cold daylight fell through from the roof. Gray as his heart. 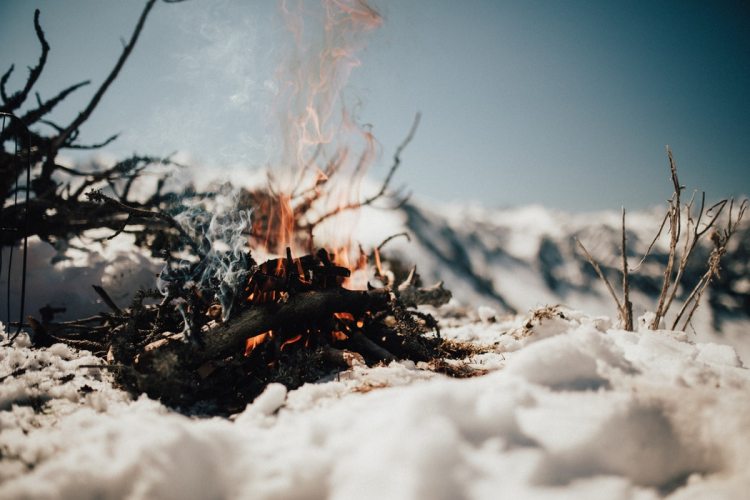 He woke toward the morning with the fire down to coals and walked out to the road. Everything was alight. As if the lost sun were returning at last. The snow orange and quivering. A forest fire was making its way along the tinderbox ridges above them, flaring and shimmering against the overcast like the northern lights. Cold as it was he stood there a long time. The color of it moved something in him long forgotten. Make a list. Recite a litany. Remember.

Dark of the invisible moon. The nights now only slightly less black. By day the banished sun circles the earth like a grieving mother with a lamp.

No lists of things to be done. The day providential to itself. The hour. There is no later. This is later. All things of grace and beauty such that one holds them to one’s heart have a common provenance in pain. Their birth in grief and ashes. So, he whispered to the sleeping boy. I have you.