So this is not among my usual reads but I thought if I stuck it in Audiobook format, it will be nice to listen to on the way in and out from #covid work. 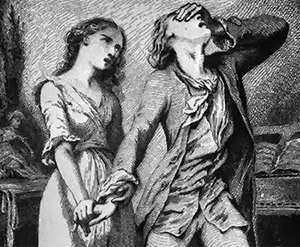 A key work in the German ‘Sturm und Drang’ movement, Johann Goethe’s autobiographical epistolary novel Die Leiden des Jungen Werthers (The Sorrows of the Young Werter) is a defining moment in early Romanticism, which has influenced writers from Mary Shelley to Thomas Mann. In Frankenstein, the monster laments the death of Werther and praises the book as one of the greatest stories ever written.

Visiting an idyllic German village, Werther, a sensitive young man, meets and falls in love with sweet-natured Charlotte. Although he realises that she is to marry Albert, he is unable to subdue his passion and his infatuation torments him to the point of despair. The first great ‘confessional’ novel, The Sorrows of Young Werther draws both on Goethe’s own unrequited love for Charlotte Buff and on the death of his friend Karl Wilhelm Jerusalem. The book was an immediate success, and a cult rapidly grew up around it, resulting in numerous imitations as well as violent criticism and suppression on the grounds of its apparent support of suicide. Goethe’s sensitive exploration of the mind of an artist at odds with society and ill-equipped to cope with life is now considered the first great tragic novel of European literature. 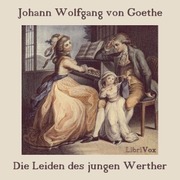 The novel coincided with what has come to be known as the Age of Sensibility, whose flames it helped to fan. it is an epistolary novel, told in Werther’s voice and from his perspective, and there is little in the way of plot. Charlotte, the oldest of six children, is left an orphan by the sudden death of her mother, and she marries the sensible, if somewhat plodding, Albert as a means of holding the family together. Onto the scene comes the young student Werther who is befriended by the couple but then falls passionately in love with Lotte.

“Sometimes I don’t understand how another can love her, is allowed to love her, since I love her so completely myself, so intensely, so fully, grasp nothing, know nothing, have nothing but her!”

His infatuation progressively deepens to a point of desperation in which he commits suicide. The novel was said to be responsible for making suicide fashionable among the young men of Europe.

“I have so much in me, and the feeling for her absorbs it all; I have so much, and without her it all comes to nothing.”

What the Creature responds to are less the episodes of the plot or even the dynamics of infatuation than the sense of moral emptiness that Werther finds in the world and from which he turns for refuge to the somewhat maternal Lotte. Precociously intellectual with a late-adolescent intensity, Werther too seeks to understand his identity and to discover his place in a middle-class milieu that cares for little that is not prudent and sensible, the world represented by Albert.

“No one is willing to believe that adults too, like children, wander about this earth in a daze and, like children, do not know where they come from or where they are going, act as rarely as they do according to genuine motives, and are as thoroughly governed as they are by biscuits and cake and the rod.”

In reference to the particular dynamics of Mary Shelley’s novel, this milieu would appear very much on the order of the temperate Swiss world of Alphonse Frankenstein and Henry Clerval’s father. Thus, curiously enough, the novel establishes a link to Goethe’s fiction both through the intense self-questioning and bleak alienation of the Creature as well as the obsessive behavior of his creator Victor Frankenstein, who also turns away from the commonplace Geneva expectations in which he was raised to fathom a new mode of being.

Johann Wolfgang Goethe (1749-1832) was born in Frankfurt, Germany. Although he directed the German State Theatre, dabbled in the occult and worked on scientific theories in evolutionary botany, Goethe is best remembered for his great works The Sorrows of Young Werther and Faust, and his part in the 18th century ‘Sturm and Drang’ movement.